You guys, I’m so excited to share this recipe with you. This dessert is low carb but still so decadent, and it’s shockingly easy to make. I know, “pots de crème” sounds super bougie and way too much work, but just think of it as the best keto butterscotch pudding of your life.

I’ll be honest– I’m not usually a huge butterscotch fan. It’s usually too sweet and a bit one-note for me.

But I originally came across these butterscotch pots de crème from Zoë Bakes. And I was intrigued by the process of cooking the brown sugar until it was just on this side of burnt in order to really give it depth of flavor. Also, when Zoë says to make something, I listen! She’s an amazing pastry chef. These were originally developed for a local restaurant!

I made Zoë’s version several times before going keto, and I was never disappointed. I wasn’t at all confident that I could make a keto version, but I figured I’d try it out and see what happened. They turned out perfectly and I’m so glad I tried!

Pots de crème are a baked custard, similar to crème brûlée. In contrast to, say, crème anglais, which is cooked on the stove.

I personally think the baked custards are a bit easier. There’s less chance of overcooking it and ending up with scrambled egg bits, and you spend less active time cooking.

That being said, there are a few things you should keep in mind while making these, so let’s go over them.

The original recipe uses all brown sugar, but for the keto version, I use half Swerve brown sugar substitute

. I chose this because the Swerve has a very similar flavor to brown sugar, but allulose is able to be caramelized (like in my keto caramel sauce.) Erythritol-based sweeteners (like Swerve) also have a tendency to crystallize when chilled, so I wanted to see if that could be avoided.

The combination of these two sweeteners works perfectly to give the right flavor and a silky-smooth texture that remains after chilling.

The first part of the process is to make the keto butterscotch. To do this, we bring the butter and sweeteners to a boil in a saucepan. It’s important to let this cook for a few minutes to caramelize the allulose. It will start to smoke a bit, and that’s ok, but you don’t want to burn it. So keep a close eye on it and stir it constantly– it should begin to get darker but not black.

After you’ve cooked the butter and sweetener to smoking but not burned, add in about half a cup of heavy cream. It will bubble up furiously for a minute and then calm down. After it’s settled, you can add the rest of the cream. Take off the heat.

Next, add a little salt and a split vanilla bean

instead. You could also just use vanilla extract in a pinch.

The next part is making the custard, which is where we add egg yolks.

The egg yolks need to be whisked well, and then we need to temper them. That means very slowly adding the hot mixture into them so they don’t scramble.

Next you need to strain it. Always strain custard! It’s how we make sure it’s super smooth. This will not only remove the vanilla bean, but will make sure that if any little bits of egg got cooked more than we wanted, those bits don’t ruin the final product.

I like to use a mixing bowl with a spout

for this (you can whisk your eggs in this container to save a dish) to make the next part easier.

Next we pour the custard mixture into small jars or ramekins. I used some cute yogurt jars for the pics here, but I usually just use some 4 oz. canning jars

. They’re great because you can just throw lids on them to chill or to bring elsewhere.

The jars bake in a water bath. I used a 9×9 square pan for this and it was just the right size. Fill the baking pan with water to halfway up the sides of the custard.

You can use hot water from the tap, but using boiling water will mean they take less time in the oven, so I opt for boiling.

The custards also need to be tented with foil as they bake. This means you loosely cover them, but still allow some steam to escape.

Make sure you take them carefully to the oven so you don’t get any water splashing into the custards. This can keep them from setting properly. You could also opt to pour the water after you’ve put the baking pan in the oven.

These pots de creme bake for anywhere from 25-40 minutes. The time it will take will depend on the temperature of your ingredients, how hot the water is, and your oven.

Check them starting at 25 minutes. You’ll know they’re done by their wiggle. If you tap the containers and the custard moves like water, they’re not done. You want them to move more like jello. But don’t overcook them, or they’ll get grainy.

The pots de creme need to cool completely in the water bath before you can cover them and transfer to the refrigerator to chill.

The next part of these keto butterscotch desserts that really takes them to the next level is adding some crème fraîche to the top.

Crème fraîche is a cultured cream– similar to sour cream but milder. Adding unsweetened creme fraiche to the top of these gives more complexity of flavor without adding any extra sweetness. It’s perfectly balanced, in my opinion.

Crème fraîche can be found at some grocery stores (I get mine at Trader Joe’s) but you can also make it yourself. Mix 2 Tbsp cultured buttermilk with 1 cup of heavy cream. Then leave out in a warmish spot for 8 hours or so, until it thickens up.

I wish these pictures did this recipe justice. These little beauties are so velvety smooth, with just the right amount of sweetness. And oh, so rich.

Just leave me alone with one of these, please.

I’m pretty sure this qualifies as self-care.

The custards can be stored in the refrigerator for up to five days.

To make your own crème fraîche, mix 1 cup heavy cream with 2 Tablespoons cultured buttermilk. Let sit at room temperature for 8 hours or until thickened. 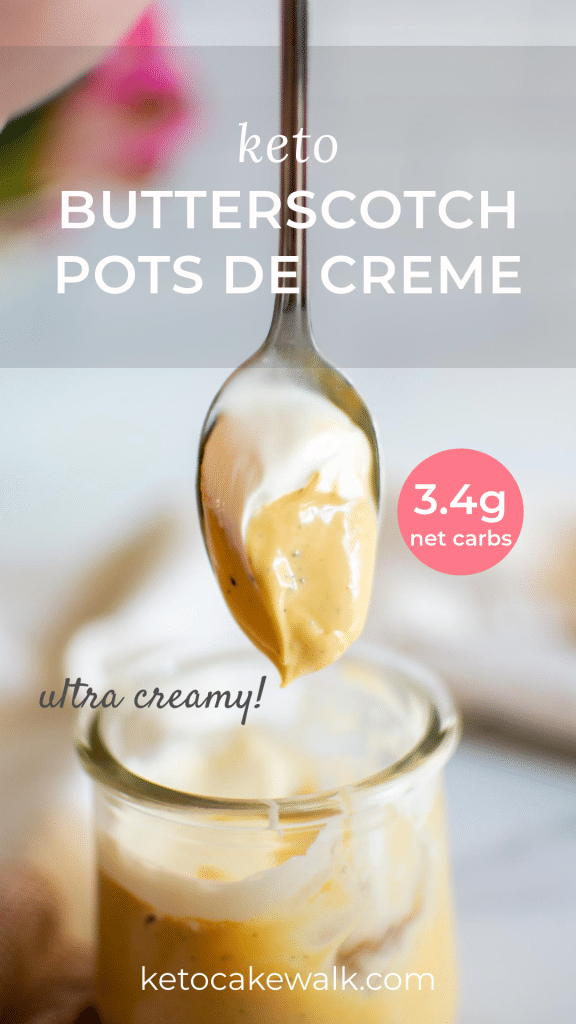 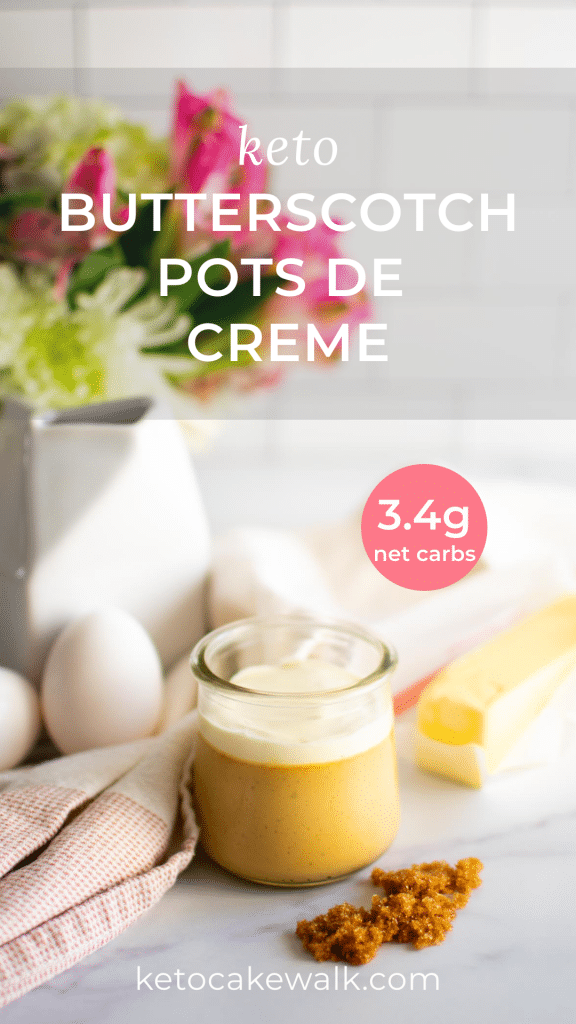