Every year since I can remember, my family has made waffles for breakfast Christmas morning. When we lived in the Philippines, we’d celebrate up in the mountains. Christmas morning we’d wake up, open our stockings, and set about making waffles with strawberries and chocolate and whipped cream. There was no way I could give up this beloved tradition when I switched to a ketogenic diet, so I knew I had to create a recipe for Keto Belgian Waffles.

I have a recipe I use for pancakes that also works when I make mini waffles to freeze for breakfasts using my mini waffle maker. But when I tried it in our Belgian waffle maker, it just wasn’t cutting it. It wasn’t fluffy enough. I wanted something with the perfect crisp exterior that basically melted in your mouth when you ate it.

So I spent some time tweaking. And tweaking some more. I fiddled and tweaked and finally came up with something I’m pretty happy with. These are so light and crisp and airy and wonderful. My Christmas dreams come true!

The first thing I changed was to incorporate a technique from my childhood recipe– beating the egg whites separately.

The thing is, you can’t beat all the egg whites separately or your yolk/flour mixture will be way too thick to incorporate into the egg whites without deflating them. I found the optimal balance was to beat 5 of the 8 egg whites and leave 3 eggs whole to mix with the egg yolks.

You’ll need an electric mixer for the egg whites (unless you like mixing by hand for days) and a blender for the other ingredients. I personally love my refurbished Blendtec.

The other change I made was to swap out half the coconut flour with oat fiber. Oat fiber is different than oat flour– it’s just the fiber. It’s a great way to add a fluffy, cakelike texture to gluten-free baked goods. That being said, if you don’t have any you can use all coconut flour.

I added more butter and also almond milk to the recipe so the yolk/flour mixture would be pourable enough to incorporate easily into the egg whites. This is the trickiest part of the whole recipe– folding the two parts together gently without knocking the air out of the egg whites. You want to get it as incorporated as you can.

If you accidentally over whipped your egg whites a little (like I did,) the egg whites will want to clump a little. Just go slowly and do your best.

Once it’s all incorporated, it should be both fluffy and pourable. The amount you use will be dependent on your exact waffle maker. I use the same amount as I would for conventional waffle batter, but I do find that I have to have it on a lower heat setting.

We got a Waring Belgian waffle maker for our wedding and 12.5 years later, it’s still going strong. They don’t seem to make it anymore, but this Cuisinart is highly rated.

How gawgeous is that, you guys? Top it with butter and some low carb maple syrup and you’ve got yourself a delightful weekend breakfast.

Or take it to the Christmas level by adding chopped dark chocolate, whipped cream, and some diced strawberries.

I love that my kids get to continue this tradition with me! They look forward to it every year. I hope it is as special to them as it is to me. 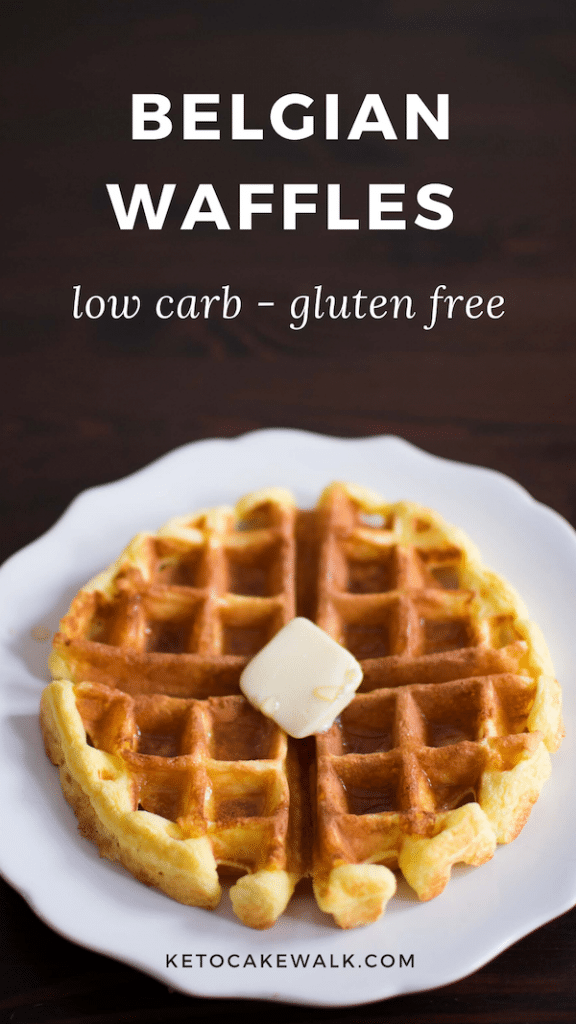 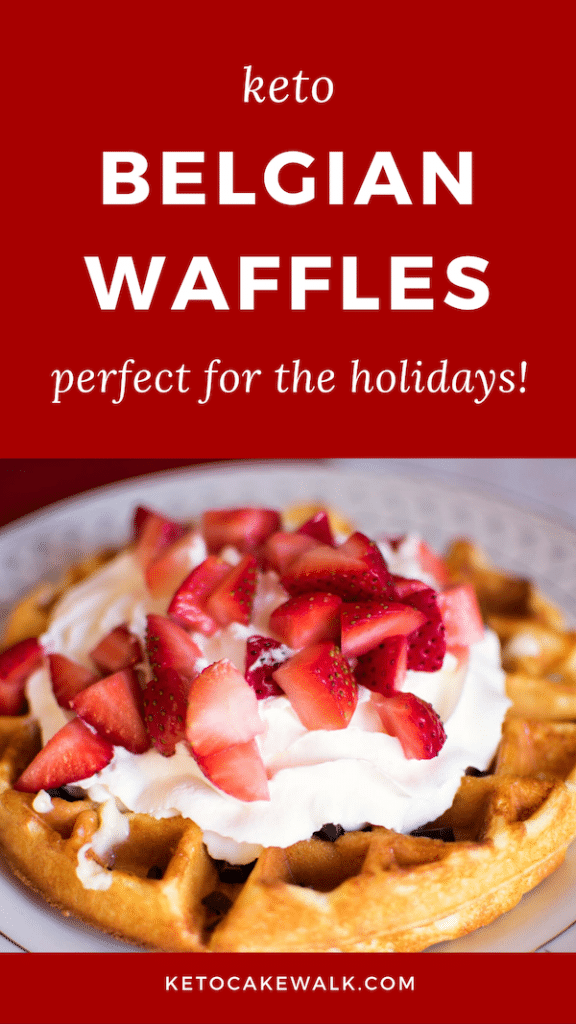