We’ve officially made it to berry season and I am LOVING IT. I can’t get over how much better berries taste right now compared to the rest of the year. So right now is the perfect time to make this gorgeous little chocolate raspberry tart that allows the raspberries to be the star. This is a low carb dessert that uses absolutely no added sweetener. The sweetness from this tart comes solely from very dark chocolate and raspberries.

While I don’t have a problem with low carb sweeteners like erythritol, stevia, allulose, or xylitol, not everyone feels comfortable with them. While I find allulose and the sweetener blend Sukrin to have a pleasant flavor, other sweeteners may leave a bitter flavor or cooling effect in the mouth that is unpleasant to some.

Additionally, low carb sweeteners are expensive (and the best tasting ones are the most expensive.) Not everyone wants to invest in them, especially when they’re first starting out with a keto diet.

And finally, I don’t always want to serve them to my guests. This is a personal preference, of course, but I don’t want to sneak something into a dessert that my guests aren’t expecting. I’m comfortable eating natural low carb sweeteners, but not everyone feels the same.

Add to that the fact that some people react to low carb sweeteners with some gastrointestinal discomfort, and I just really would prefer to have some options for low carb desserts that don’t rely on these ingredients.

This dessert is only sweetened with a little bit of dark chocolate and raspberries. That being said, if you prefer to be 100% sugar free, you can use a stevia-sweetened chocolate like Lily’s, and if you want a sweeter dessert overall, you can add a powdered sweetener or liquid stevia to the filling to bump the sweetness up.

At first I used the crust from my Strawberry Cheesecake for Two recipe, and while the final product was nice, I could not get it to press up the sides of my pan, and it never made a pretty fluted edge.

So after a few tries, I finally got a crust that baked up nicely.

For the crust, you need to melt a little bit of dark chocolate and then let it cool down to room temperature.

Use a fork to blend some room temperature butter into almond flour until it’s well incorporated. Then stir in the cooled chocolate. The texture will be soft, but not sloppy.

For this tart, I used a rectangular tart pan. I have this one from Fox Run.
The best way I found to press the crust dough into the pan is to use a piece of plastic wrap between your hand and the dough. This keeps it from sticking to you and allows you to get it spread evenly along the bottom and up the sides.

Bake the crust at 350°F for about 8 minutes, or until it’s set and just barely starting to brown on the edges. Almond flour burns more quickly than regular flour, so be careful not to let it get too dark.

After it’s baked, let it cool a little and then throw it in the freezer for at least 30 minutes.

The filling is a mixture of mascarpone cheese, heavy cream, and raspberries.

You could sub cream cheese here, but it’s significantly tangier so you might find it’s not sweet enough with just the raspberries.

The heavy cream gets split up. Part of it gets beat into the mascarpone to lighten it up. The rest is beat into soft peaks. You don’t want to beat it to stiff peaks or the final product will be grainy.

The raspberries also get split up. This recipe uses 9 oz, or 1.5 of the pint-sized containers. Wash all the raspberries, then pick out the 30 nicest ones and set them aside. The rest of them are going to get smashed up in the filling, so it’s ok if they’re a little soft.

I stir the raspberries in to the mascarpone mixture with an electric mixer on low because it breaks them up just the right amount.

I also added a little vanilla bean powder, but that’s just because I’m slightly obsessed with the little flecks of vanilla bean. You can leave it out.

Fold the soft-whipped cream into the mascarpone mixture gently until fully incorporated.

Take the crust out of the freezer.

I found that it worked best for me to loosen the crust from the pan while it’s really frozen. It’s a little delicate, so doing this while it’s frozen makes everything easier. Just press up carefully on the removable bottom of the pan until it comes out. Don’t actually remove it from the pan at this time, just loosen it and replace it.

Spread the filling evenly in the crust. I formulated this recipe so that if you decide you need to take a large spoonful of the filling for testing purposes, you will still have enough. You know I’m always looking out for you.

Arrange the reserved berries on top in ten rows of three.

Chill in the refrigerator for at least half an hour, but longer is better. This is best served the same day, but could be made up to a day ahead.

Slice into ten pieces with three raspberries each.

These are petite pieces, but they’re lovely and rich.

I’m really happy I have a few leftover slices in my fridge right about now.

You can also opt to create some chocolate curls to go on top. Just carefully use a vegetable peeler on the edge of a chocolate bar. Just know that this will add a little to the carb count (but a lot to the beauty!) 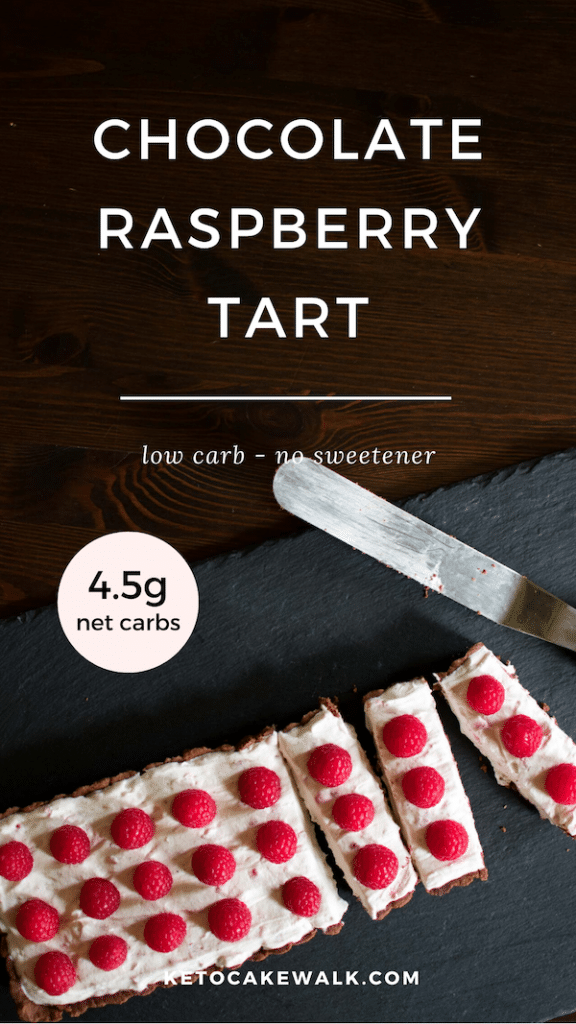 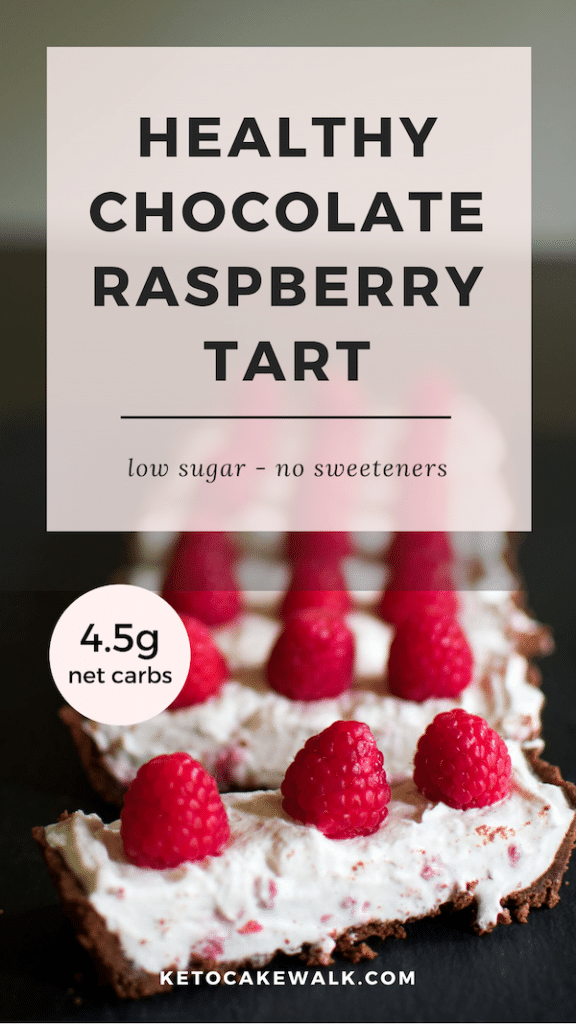 Hey hey hey it's Friday!⁠ ⁠ If you want to get

Don’t get me wrong. I love playing around with m

If you haven't been on the keto diet very long, yo

This fried chicken is life. Seriously, one of the

KETO ICE CREAM! 🍦⁠ ⁠ While I'm so glad that